Sometimes I forget that human food can be dangerous for the dogs, even in small quantities.  I decided to type up my list as a reminder and keep it in the kitchen.  Please help improve my list by adding any toxic foods that you think I have missed.  This list is for dogs.  I think I will start one for the cats too.

Onions: Both onions and garlic contain a toxic ingredient called THIOSULPHATE.  Onions can be fatal in one large dose. Garlic, on the other hand, is less dangerous and would need to be consumed in a very large quantity to be toxic.The toxin does build up in the system and can be fatal when consumed repeatedly over time.

Chocolate: The toxic ingredient is called THEOBROMINE.  Dogs can not process this toxin and it can build up in their system.  The hazard for dogs depends on the TYPE OF CHOCOLATE, the AMOUNT consumed, and the DOG’s SIZE.  In large amounts chocolate and cocoa products can kill a dog.  A single piece probably does not contain enough theobromine to harm a dog, however, if a small dog eats a box of chocolates, you should get her to the vet immediately.  Don’t wait. Different chocolate types have different theobromine levels. COCOA, COOKING chocolate and DARK chocolate contain the highest levels, while milk chocolate and white chocolate have the lowest.  It can take only a small amount of DARK chocolate to poison a small dog.  Less that an ounce of dark chocolate may be enough to poison a 44-pound dog (according to the Hill’s Science Diet website).

Grapes and Raisins: The toxin in grapes is unknown but it affects the dog’s kidneys.

Most Fruit Pits and Veggie Seed:  Seeds contain a toxin called CYANOGENIC GLYCOSIDE, which causes Cyanide poisoning.  The body of the fruit or veggie is fine, just not the seed or pit.

Bones:  Most cooked bones should NOT be given to dogs because they splinter.  This means they can cause lacerations of the digestive system or become lodged in the dog’s throat.  Especially don’t give them cooked chicken bones.

Yeast Dough:  This can produce gas and swell your dog’s stomach.  It could lead to rupture of the digestive system.

Alcohol (Beer, Wine, Liquor):  This can lead to coma or even death. Beer is from hops and Wine from grapes; both are toxic to dogs. 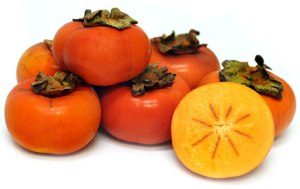 Persimmons: Can cause intestinal blockage

Sugar Free Foods:  These foods contain XYLITOL which is found to cause liver failure in dogs. BEWARE sugar-free gum and candies. (Read my post Xylitol: Understand it or it could be fatal to your dog )

Avocado:  All parts of the fruit are toxic to dogs.

Macadamia, Pistachio Nuts:  Are very rich in fat which can give your dog a major upset stomach and may cause pancreatitis.  These nuts are also reported to contain an unknown toxic principle that may result in neurological symptoms.

Walnuts, Pecans, Hickory Nuts: These nuts contains a toxin called JUGLONE which can cause a vascular disease in horses known as laminitis and causes gastric intestinal upset or an obstruction in dogs (but interestingly does not effect cats).  Moldy walnuts or pecans can contain TREMORGENIC MYCOTOXINS which can cause seizures or neurological symptoms.

Vitamins for Humans: Especially those containing iron, can cause kidney and liver damage.

Is chocolate bad for dogs