At DogDaz Zoo, I try to control the amount of food that any animal eats in a day based on their size and energy level. I parse out all kibble in the morning into containers and then give a portion at each feeding, making sure that there is some left over for evening in-house play. The dogs have several toys to chose from (1) a large feeding cube (mostly used by Sofie), (2) a medium feed ball (which was too big for Charles, too little for Lulu, and Sofie doesn’t like it). So I got, (3) a little feed ball (for Charles, who can’t figure it out), (4) a big rope jug (that Louise LOVES), and (5) a spinner (currently only Sofie’s survived because Louise ate hers – bottom is rubber). 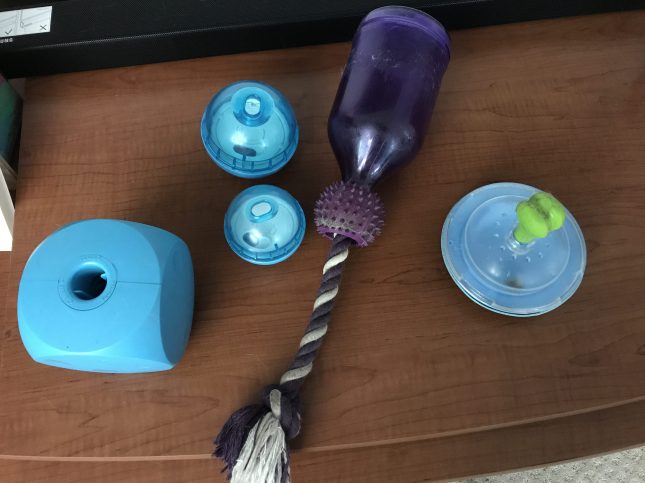 Everyone waits, impatiently, in the evening for play time. I used to wait until 8 PM or so to do this, but now they have started demanding play time earlier and earlier. Sometimes, I give in and they have playtime only 30 minutes after dinner. What’s the difference, it’s all their food anyway. 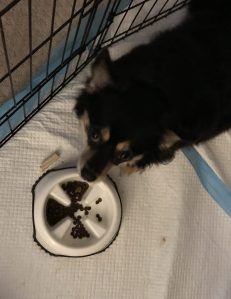 Charles gets a special treat in a puzzle bowl with some kibble, because he is either too lazy for the feed ball, or just doesn’t want to lower himself to work for it. He loves a teeny tiny Busy Bone (r) and will gobble it up as soon as he finds one under the kibble.

We have lots of food fun at the Zoo. What kind of mischief did you get into today?