It is hard to believe that Charles rescued us 4 years ago. He has become such a central part of the pack. The top right picture is the day we brought him home and the bottom is Mr. Sexy now.  ❤ 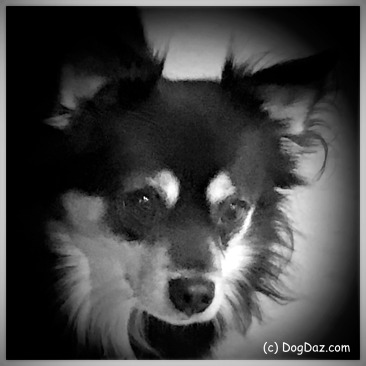 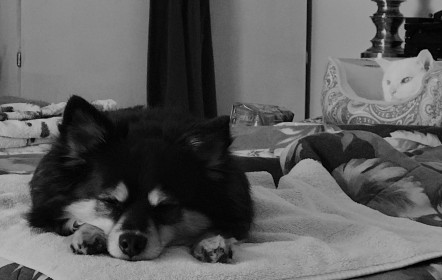 Someone turns 12 this week. I am not going to tell you who.

Black and White Sunday: Charlie, Up Close and Personal

Charles is such a silly little man. He has become quite a presence at the Zoo.

Never having had such a small dog before (he is about 15 lbs), I am learning all about demanding balls of fur who think they own you. I won’t say that he totally suffers from Small Dog Syndrome, which is a combination of behaviors from whining and jumping up on people, being a diva, demanding food, but he does take some behaviors to the next level for me. There are things that a small dog does that we would never tolerate in a larger breed, such as the constant food begging. The problem around the Zoo is that Mom (me) is not the only person in the house, which means that the rules are not consistent, especially when it comes to Lil’ man. Everyone thinks he is just so cute, or they want to shut him up, so they slip him food, which only makes it worse.

A good thing with Charles is that he does not want to be carried everywhere like many little dog divas do (thank goodness). He actually is not a lap dog which is why we are his 5th home, because he would bite people. Personally, I think he has arthritis. Previous owners may have picked him up quickly because he is little and people do that and then he would snap at them because it hurts or maybe children played with him to rough, which also hurts.

At the Zoo, we try to respect who they are, not who they are supposed to be. We are still figuring him out, that’s fur sure.

Just another DogDaz morning at the Zoo ❤ 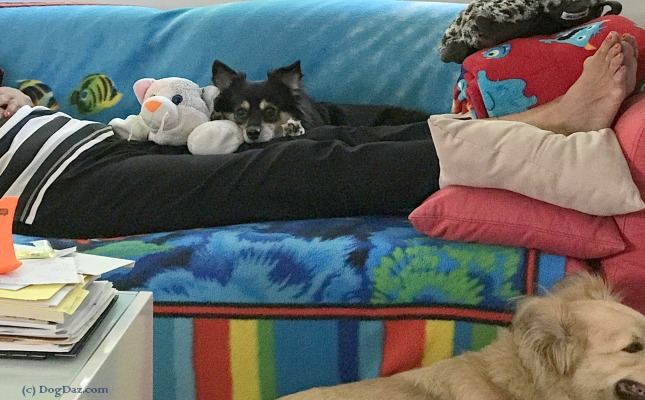 How fun to spend the day with Aunt B. This is the first time Charles met Aunt B and he quickly decided she is a comfy part of the pack.

I wonder sometimes if family smells similar. Does Charles know that Aunt B belongs to Mommy (we’re sisters)? Do you think that human family’s smell similar? There has been research done that says that humans can tell who their biological family is – but can a dog tell the family of their humans? I think someone needs to find this out. What do you think?