Today is Thankful Thursday and, as always, DogDaz has many things to be thankful for.

Today we are thankful for our freedom.  We are so lucky to live somewhere that we are able to not have to worry much about losing our homes, our lives, or our loved ones.  We walk the streets freely, with dogs in tow, and have peace and quiet around us.  I wish that for everyone, everywhere – but I know it is not so.

Safety and freedom is something that I have always known as an American.  My father fought in World War II and came home with a bullet in his leg for the rest of his life. My cousins and loved ones fought in Vietnam and other military events.  I hate war, it makes no sense to me.  But, whether I understand it or not, I am one of the luck ones.

Thank you to the men, women, and animals, who serve proudly to keep me and you safe.

This is part of the Thankful Thursday Blog Hop from PepiSmartDog.com

Remember to honor, rest, and rejuvenate – enjoy your Monday.

And remember, no more white shoes or belts until May in the Northern Hemisphere (just kidding).

7.4.13 Thankful Thursday: America The Home of the Free

I am thankful for my freedom.  For the people (and animals) that help keep me safe.  For the ability to speak my mind and believe what I believe, even if it is different than what other American’s believe.  Today, the 4th of July, we celebrate our independence and freedom.

Dedicated on June 10, 2006, the United States War Dogs Memorial, located guarding the gateway to the New Jersey Vietnam Veterans’ Memorial in Holmdel, New Jersey, consists of a bronze statue of a kneeling Vietnam War soldier and his dog, set on a black granite base.  The memorial was designed by sculptor Bruce Lindsay, Architectural Division Manager at Johnson Atelier in Mercerville, New Jersey. A graduate of Bucknell University, Lindsay’s studio is adjacent to Grounds for Sculpture, the 22-acre sculpture park on the grounds of the former New Jersey State Fair.  The U.S. War Dogs Memorial, while directly representing the War Dog Teams of the Vietnam War, honors all our nation’s war dogs and their handlers – past, present and future.

This is part of the Thankful Thursday Blog Hop from PepiSmartDog.com

27 May
For the United States Memorial Day today, I am reposting this story from 2012 on Soldier Dogs .

These are some of my favorite images from the new book Soldier Dogs. There are more pictures in our slideshow today.

Military Working Dogs play a crucial part in America’s armed services. The best known “Soldier Dog,” Cairo, put crucial canine skills to work in the SEAL Team Six operation that killed Osama Bin Laden. Other Military Working Dogs serve as everything from bomb sniffers to troop companions to search and rescue dogs (and also serve in darker roles, such as duty at Guantanamo Bay). Their handlers and trainers, devoted dog lovers down to a man, form an unusually close-knit fraternity within the military.

Soldier Dogs: The Four-Legged Heroes Of Iraq And Afghanistan

Dog are not only our best friends, they are an incredible asset to our safety forces.  Thank you to all the handlers and animals that keep us safe around the world.  – DogDaz

We are so excited to be co-hosting today’s Follow-up Friday with Jodi from Heart Like A Dog.  Thank you.  We are honored to be helping co-lead the fun today.

Last Mischief Monday, when Sofie was eating cat toys, we found out that a lot of dogs like cat nip.  I was wondering if there is anything similar for dogs, like DOGNIP, or will they eat cat toys anyway just because they belong to the cats?  Sofie actually sucks on the cat toys (not chew).  Maybe it is catnip tea?

Spring has sprung here in Annapolis, so on Tuesday we showed off the fresh blooms through the reflection of our front door (with animal noses).  But Sofie is not enjoying the pollen.  Everyone was pretty amazed on Wednesday with the PINK SNOW.  It is actually cherry blossoms, which are a big favorite here in the Washington, DC area.

“Each year, the National Cherry Blossom Festival commemorates the 1912 gift of 3,000 cherry trees from Mayor Yukio Ozaki of Tokyo to the city of Washington, DC. The gift and annual celebration honor the lasting friendship between the United States and Japan and the continued close relationship between the two countries.”

Thursday brought us our weekly thank you, especially for all the wonderful awards we have received.  Our blog friends are the best and we love you.  Even the cats are kissing dogs these days…

That’s it for the week. Thanks for playing along with us.  Check out the hop below and you can go play with others.

Follow Up Friday is part of the blog hop hosted by Heart Like A Dog. and DOGDAZ.

Today is election day here in the United States. By tomorrow we will know who will be the leader of the country for the next 4 years. Makes me wonder how long a pack leader lasts? Though young pups come up and try to overthrow the leader, there is no vote, only pure dominance and power. Does a pack leader use TV commercials to win? And spend a gizillion dollars that could have been used for dog food? I just wish the winner was the one that gave the most money away instead of wasting it on marketing. Good luck. Please vote. Don’t waste your civic right and also your civic duty. You do make a difference.

Who should you vote for? 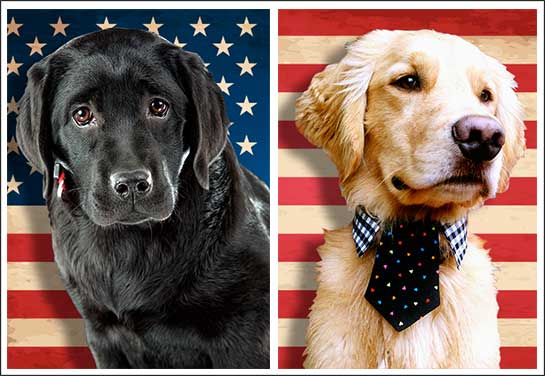 In 1992, I was visiting New York City and took the Ferry in NY Harbor to Liberty Island.  My ‘longest’ girlfriend (she said at our age I am not allowed to call her my ‘oldest’ girlfriend) and I, had a stranger take a casual picture (with a real camera no less) of the two of us.  To the left of us, which is what I clipped here, were the Twin Towers at the World Trade Center in the Financial District. Twenty years ago, it was just another part of the New York City skyline.  Today, it is a symbol for the strength and resilience of the American people.

In America, we definitely have our own internal strife.  We had the bombing of the Alfred P. Murrah Federal Building in Oklahoma City, Oklahoma in 1995, where 168 people were murdered.  We have mass shootings for various strange reasons (last one was in a movie theater).  But the worst on American soil in my lifetime was the “9/11” attacks.  These were four coordinated terrorist attacks carried out by al-Qaeda, an Islamist extremist group, that occurred on the morning of September 11, 2001 and killed 2,977 people.

Here in the United States, we don’t live in a state of war or even a state of preparedness; we are very lucky for that.  I can not imagine living in Iraq, Afghanistan, Israel, or one of many African or Asian or Latin American nations, that are constantly under siege from each other, themselves, or even drug cartels.  What I do know is that the 11th of September 2001 shook me to the core and that I will never be the same again.

Make sure to think about your own country and your own place in the world. If everyone works for a solution to hate, maybe we will have war no more.

I know that I am a dreamer.  But remember the people and the dogs out there on the front lines everyday working to keep your borders safe from crazy people and your homeland secure.

If you are American than please join DogDaz in honoring our Military Working Dogs by writing your Congressperson and Representatives and ask them to AMEND HR 5314 to make it mandatory for all adopted OCONUS (overseas) Military Working Dogs (MWDs) to receive transport back to the U.S. via military air.  Retired MWDs have no “return to home station” benefits even though for the time of their service we proclaim them as “military members.” As it stands now, retired OCONUS MWDs must be transported at adoptive owner’s expense as a “pet.”  This policy is keeping people from giving these little heros lifetime homes. You can help MWD today!

Fireworks may be fun for some humans (not me), but they are surely not fun for the animals. In the United States, 4 July is when we celebrate our Independence as a country.  That is done with great fanfare and noise. My Grandmother was born on the 4th of July, so I used to think that when my mother’s brothers and sisters (all 9 of them) got together with all us kids (I have around 78 cousins) and shot off fireworks, it was for Gram’s birthday.  I always hated the loud noise.  Even today I have trouble with loud bursts (like balloons) or thunder.  It is not fear as much as some kind of ‘pain.’ I can’t really explain it but it feels like deep emotional or psychic pain to me.  I figure that is how the animals feel when they experience these loud, unexplainable sounds.  Ground fireworks are legal to purchase in Maryland, though people have sky ones too.  They started shooting them off about 2 weeks ago and won’t stop for another several weeks.  Squash E Bear would not leave the house for the whole month of July.  I used to have to push this big dog out the door to just go pee.  Sofie barks at the pops right now and Lulu and her come running if they are out and the ‘boom-booms’ start.  I hate this.  Please keep your animals safe and remember that turning on a radio or television in the room with your pet may help drowned out the noise.  For me, I like to watch them on TV where they look pretty but I can turn the sound down.

Here is a little article on helping your fearful dog: http://thebark.com/content/reducing-fear-your-dog#.T_JOd3hgggh

And I just wanted to say thank you to all the people and animals that serve my country and continue to keep my world safe as possible.  You are appreciated and always remembered.

On this, our American Memorial day, I wanted to honor the Military Working Dogs, and of course all the active service people and veterans that have protected me and my family and my nation for many years.  Especially remembering my Dad who served honorably in the Army during WWII, and took a bullet so that I could be free to be me.  Thank you very much.  You will never be forgotten.

Have you ever thought about adopting a Military dog when they come home? http://www.militaryworkingdogadoptions.com/